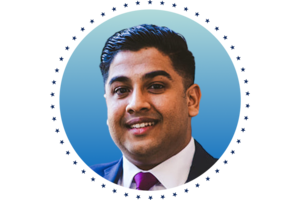 We are proud to announce that a Branham High School alumni will soon be joining the Biden-Harris administration. Vedant Patel, who graduated in 2008, will soon join the new administration as the Assistant Press Secretary.  Patel served as Regional Communications Director for the Biden-Harris Campaign before being selected as Assistant Press Secretary. He credits his success to the teachers, administrators and staff who inspired him during his time in high school.


“My experience at Branham was one where teachers and administrators not just inspired students but nurtured and sustained their interests and passions. There was an interest taken in students that translated into obtaining real-life tools and experiences that were then used for actual careers, “ said Patel.


During his time at Branham High School, he was a part of the leadership class and also served on then-Congressman Mike Honda's Student Advisory Council during his junior and senior years.


“For whatever reason, I was naturally drawn to government and the political process and knew that it was something I wanted to be part of. Government touches all aspects of people's lives and I think it's important that at all levels of government -- from the school board to the White House -- we have individuals that share a certain value set. For me, that value set was making sure it was people who have a proven track record of fighting and delivering for working families. People like President-elect Biden.”


As he journeys into the next phase of his career, he wanted to thank the many teachers and administrators who got him there.


“It's still incredibly surreal -- but it's an honor and a privilege to have this opportunity. I can't wait to hit the ground running. “


Congratulations to Vedant on this achievement!