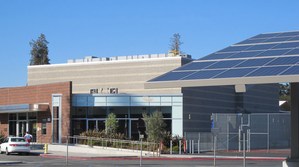 The case for and against Measure AA, Campbell Union High School District's 2016 school facilities improvement bond.
Original article by Julia Baum in San Jose Mercury News
To help students stay abreast of technological advances in Silicon Valley, the Campbell Union High School District is pushing for passage of Measure AA, which would enable it to spend $275 million in bonds to upgrade classrooms, among other improvements.

Under Measure AA, a parcel tax of $30 for every $100,000 in assessed property value would be collected to pay for earthquake retrofits, asbestos removal, roof repairs and electrical system upgrades at its five high schools–Branham, Leigh, Del Mar, Prospect and Westmont.

Proponents of Measure AA say its passage on Nov. 8 is crucial so that one day students can effectively compete for high paying tech and engineering jobs in Silicon Valley. Stacey Brown, treasurer for the Yes on AA campaign, told the Resident that other districts including Union, Cambrian, Campbell and Luther passed bonds in recent years and are already modernizing their elementary schools with them to “facilitate 21st-century learning. So you see a lot of maker spaces [there].”

“We need to keep up because there’s this gap in terms of instruction,” Brown said.

She noted that classrooms are doing double duty as a result of overcrowding.

“We teach these very successful engineering classes in home economics rooms,” she said. “The robotics classes store their parts in the wall ovens, so we need to build out better job training and science labs that are more up to date than what we currently have.”

“The electrical system can’t support bringing technology into schools in a meaningful way because it can’t take the load that it would require,” Walton said.

Because Measure AA is a local bond, money could not be taken by the state or used for administrators’ salaries, benefits or pensions.

But opponents of Measure AA say the district needs to better prioritize its spending before asking taxpayers for more money.

“Anything that is in a school budget is a priority, anything that’s not in the budget is not a priority,” said Mark Hinkle, president of the Silicon Valley Taxpayers Association. “If removing asbestos is a priority…why is it not in their current budget? If it’s not, then why should it be an argument for an increase in taxes?

“In 2006, voters passed a $90 million bond to renovate and upgrade facilities and improve student safety. Now they’re doing it again, this time at three times the cost,” he added.

Hinkle argued that the district’s campuses are safe and up-to-date, and pointed to their School Accountability Report Cards as evidence. The reports all state that the “buildings have been evaluated by architects and engineers to be more solidly built and sturdier than new construction” but also note that the campuses “require only refurbishment to remain vital,” including new buildings, audiovisual facilities, electrical wiring and specialized learning areas.

The district owes $147 million on previous bond measures, according to Hinkle.

Brown said with its AA credit rating, the district gets the “best possible interest rates” and has refinanced older bonds in the last two years, saving around $14 million in interest.

Even so, Hinkle said, the district should be applying savings toward the planned projects.

“They’re on fixed incomes and bonds don’t have a senior exemption,” she said. “They are very supportive of the bond, and when we put it in the perspective of ‘it’s your assessed value, it could be $10 a month’, they think it’s a really good value.”

Brown asserted that opponents are simply out of touch with the current state of many schools.

“They just don’t really understand what’s happening today in the classrooms and how the schools are funded,” she said. “The reality is the state hasn’t been funding facilities for close to 20 years. There’s just been no money coming from the state for maintenance or instruction.”
http://www.mercurynews.com/2016/10/26/measure-aa-seeks-275-million-to-upgrade-five-high-schools Source: San Jose Mercury News
Print