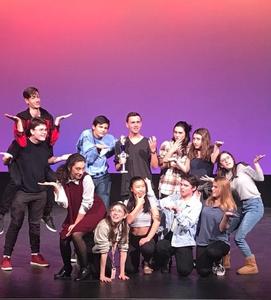 Ten high schools from across Northern California competed in the contest. The group will now travel and perform their play in front of the delegation at the California State Thespian Festival in Southern California in March. Good luck Westmont Thespians!