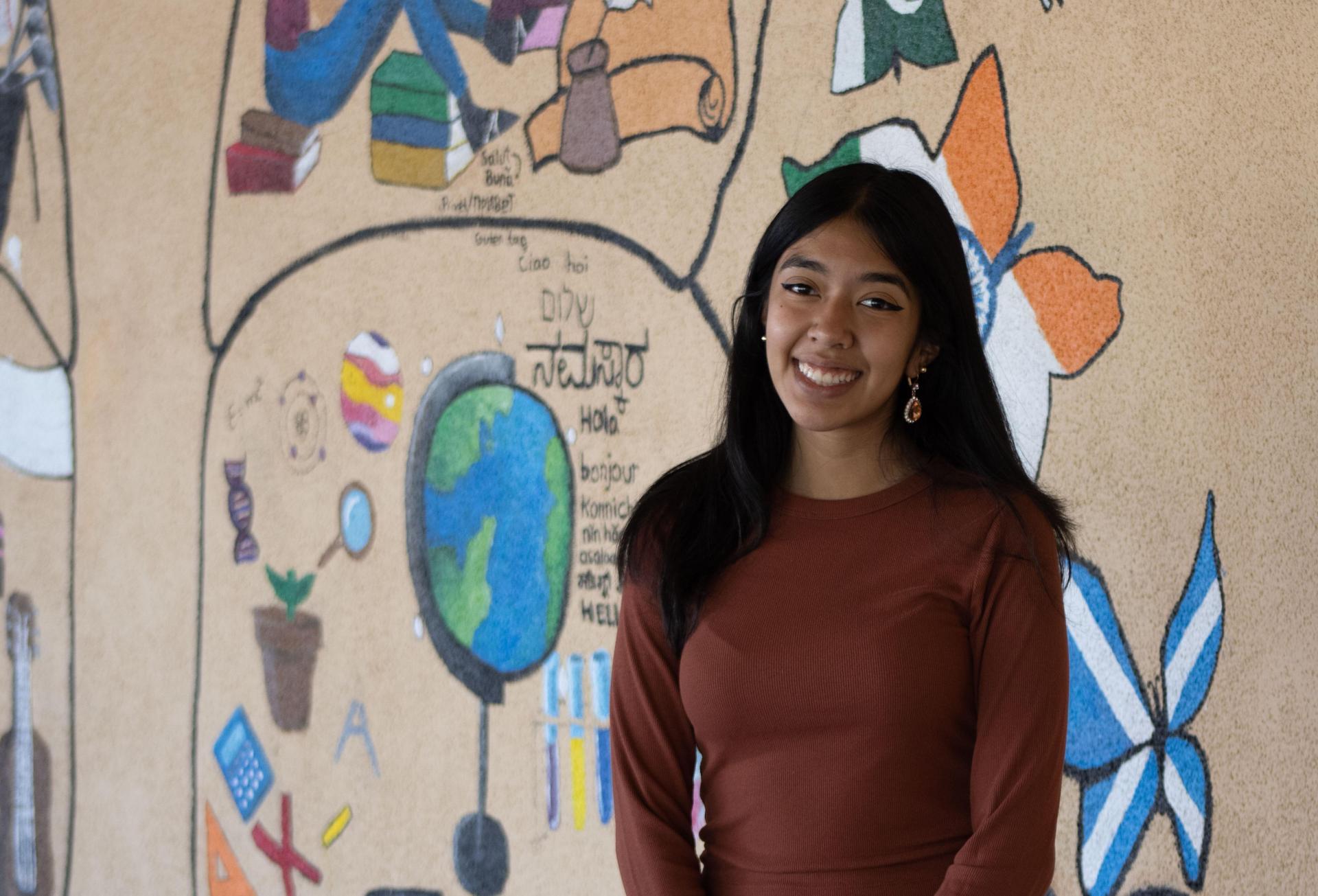 Nancy shared that her counselor, Spanish teacher, and AVID (Advancement Via Individual Determination) teacher provided their guidance and support to make it through the final two years of high school. Being part of Del Mar’s AVID program also provided her the necessary support and exposure to college applications that she needed to apply.

Nancy is the first in her family to attend college and will be attending the University of California, Irvine to study Psychology with a Minor in Economics. She aspires to attend law school and become an immigration attorney. 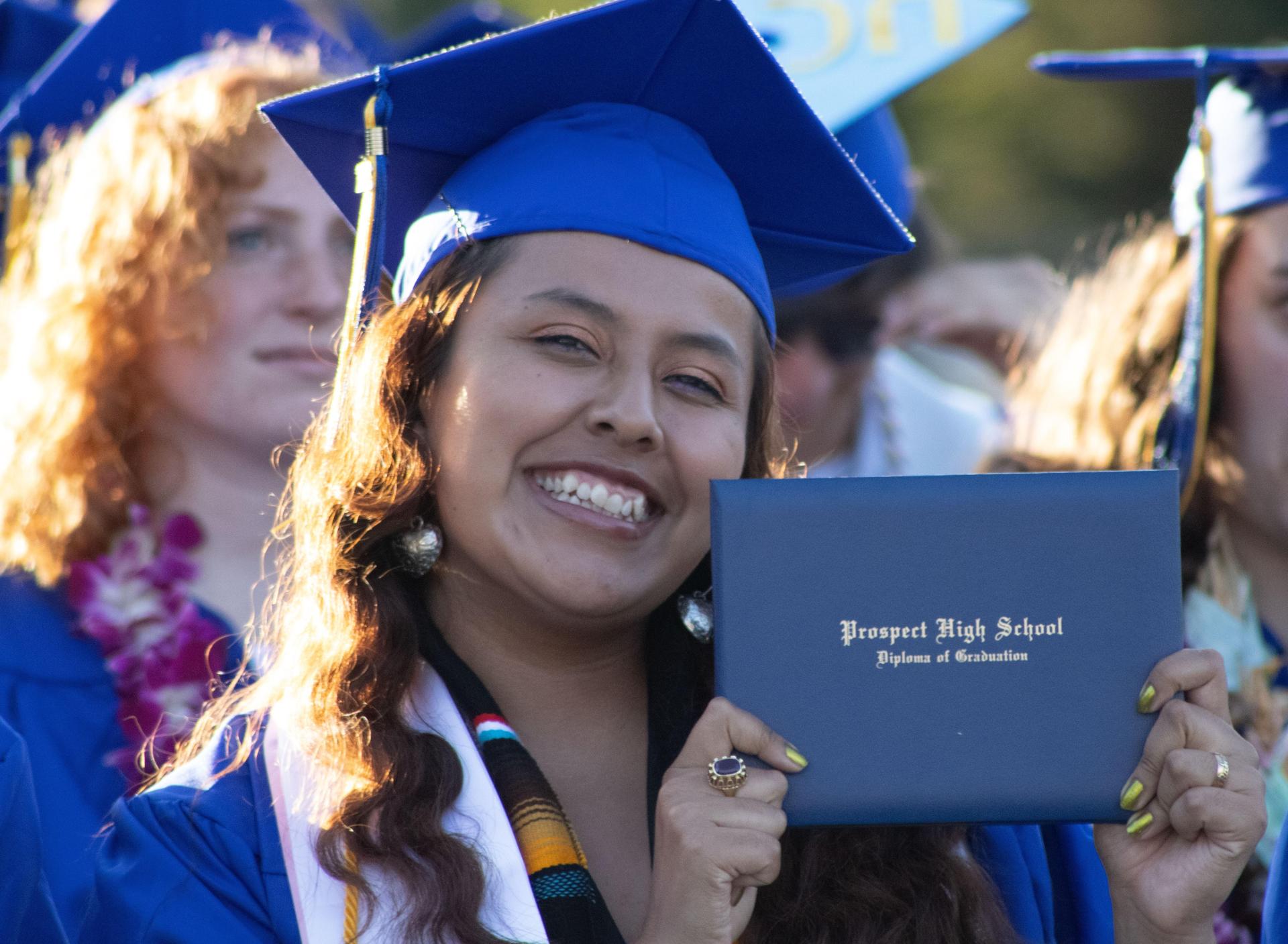 Nathaly Garcia’s journey through Prospect High School helped her find and follow her passion. Nathaly shared that at Prospect she never felt pressured to pick one path over another, and was able to be a part of multiple pathways. She joined the Cheer Team at Prospect, was able to moonlight as Anderson Elementary’s Alligator Mascot, was a founder of Prospect’s Fashion Club, and as a first generation student was motivated to work with her College and Career Specialist at Prospect - becoming a Student Ambassador for the College and Career Center.

Nathaly’s interest in fashion inspired her to join a course offered through Silicon Valley Career and Technical Education while she was a Senior which she greatly appreciated. Her experiences at Prospect have all informed her of what now looks for in her post-graduate career.


Nathaly will be attending University of California, Berkeley to study Environmental Design. 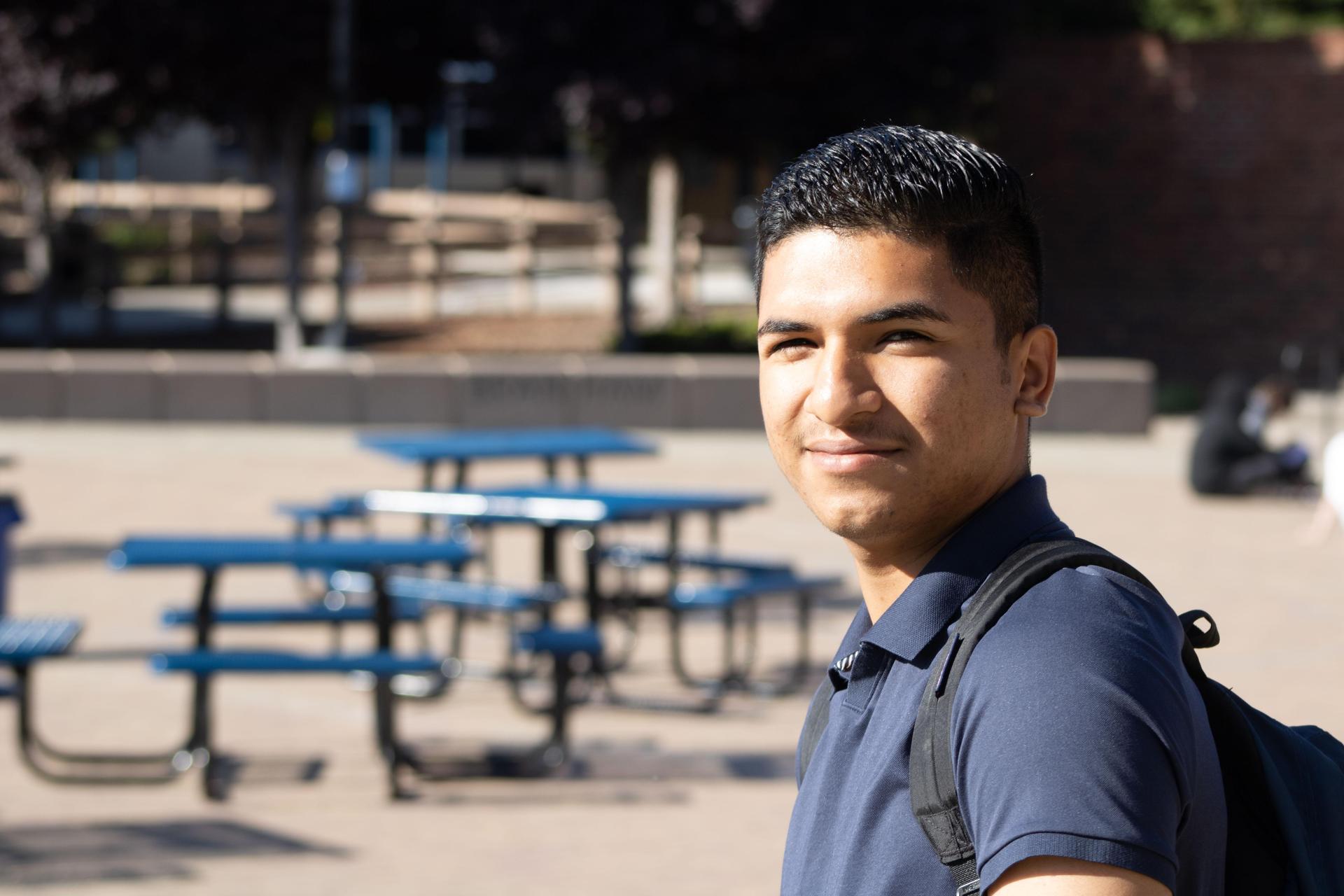 Angel Garcia Tovar began at Branham two years ago. When he first started, he was worried about starting school somewhere completely new and with all of his classes in English - especially at a large school like Branahm. When he started he was pleasantly surprised by the support available at school.

Branham’s College and Career Specialist, helped Angel figure out his next steps and has helped him learn about the FAFSA Process. He plans to attend West Valley College where he hopes to study Landscape Architecture. 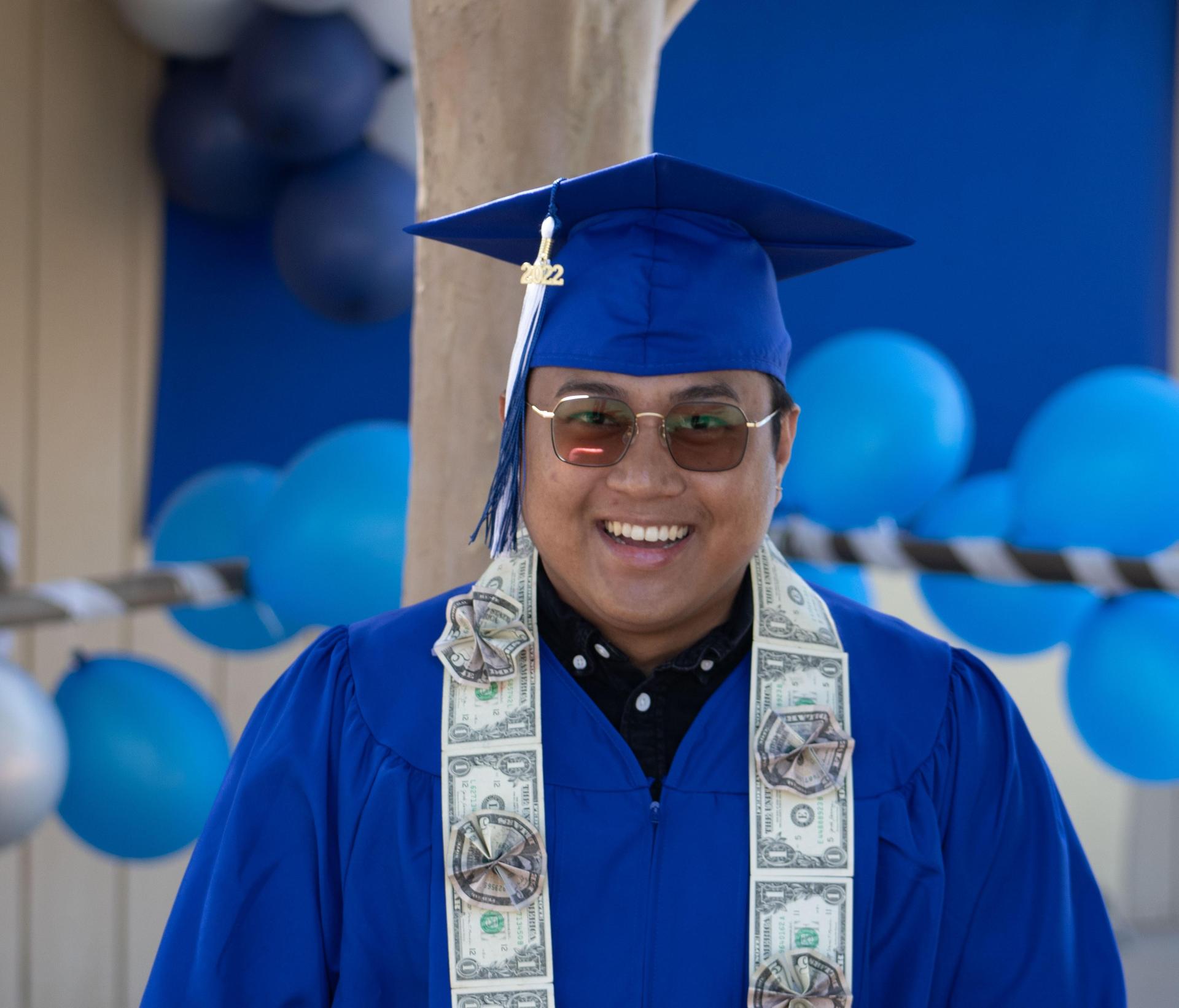 Lord Hendriks earned his high school diploma from Campbell Adult and Career Education (CACE). During his time at CACE he was able to become a Certified Nursing Assistant and plans to continue his education and become a Registered Nurse. Lord was one of two CUHSD Honorees recognized by the Outreach and Technical Assistance Network in their California Adult Education Students Succeed program. Only 30 students statewide are chosen for this award and are recognized as the top students in adult education in the state. 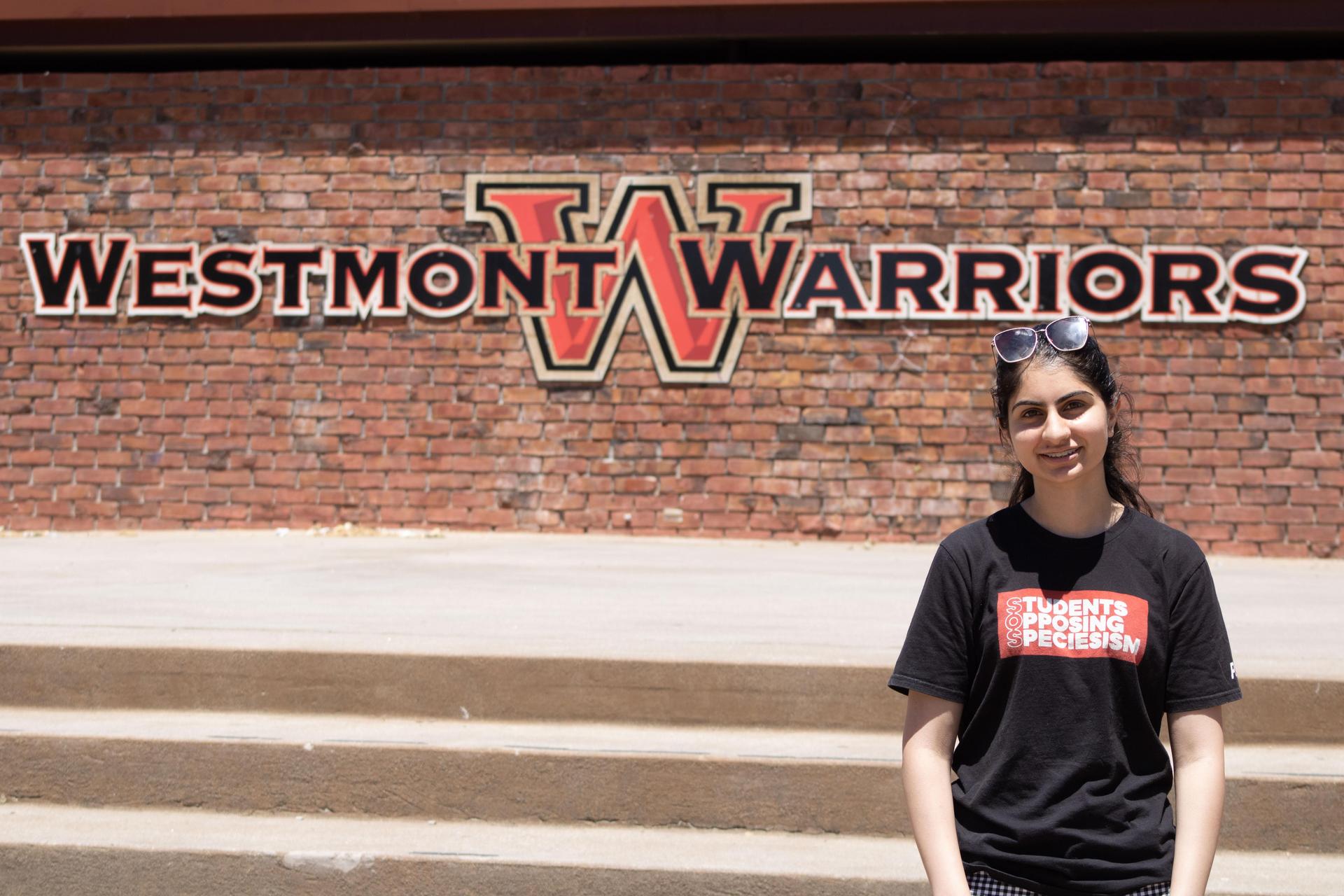 Aarushi Wadhwa is a student who wears several hats at Westmont. She served as the president of the Robotics Club, as President of CSF, and as President of Girls Up. Aarushi also earned the Ashoka Changemaker prize, the Bay Area All-Star Scholarship from the San Jose Sharks, and the T-Mobile Changemaker Challenge Environment Category for her work on the design team behind Aqua-Pods - an innovative design and way to conserve water and combat drought.

Aarushi shared that much of her success and the support she received to achieve it can be traced back to joining Project Lead The Way at Westmont High School - a program that helps students be exposed to multiple STEM Pathways.

Aarushi plans to attend the University of California, Berkeley to study Business Administration. 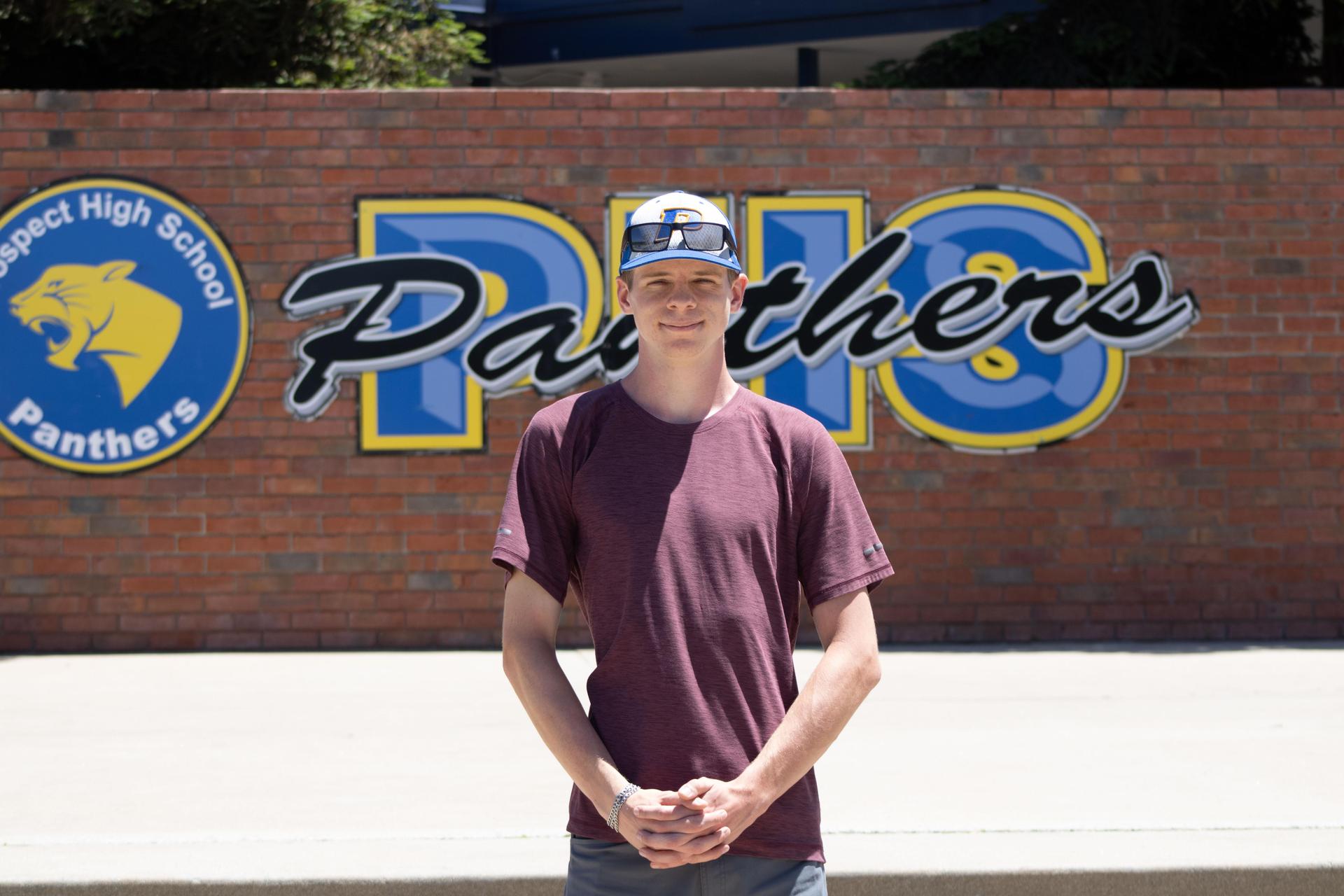 For almost his entire life Skyler Grodeon has lived with a chronic lung condition which means he has not been able to attend classes in person throughout his education - including all of High School. Skyler had to take self-paced classes, without instruction, presenting a challenge to connecting with teachers. But Skyler shared that his Home Hospital Instructor was indispensable in making the necessary connections with teachers when he needed support. Skylar is immensely thankful for the support he received from his teachers, administration, and counselors at Prospect.


With their support he’s been able to persevere and succeed - getting all A’s in most of his classes. He also was able to participate in student clubs and activities participating on the Golf Team, in Football, Speech and Debate, and in student leadership.


With support from Prospect’s College and Career Specialist, Skyler was able to decide on his future plans which include attending Drexel University in Philadelphia to study Mechanical Engineering. 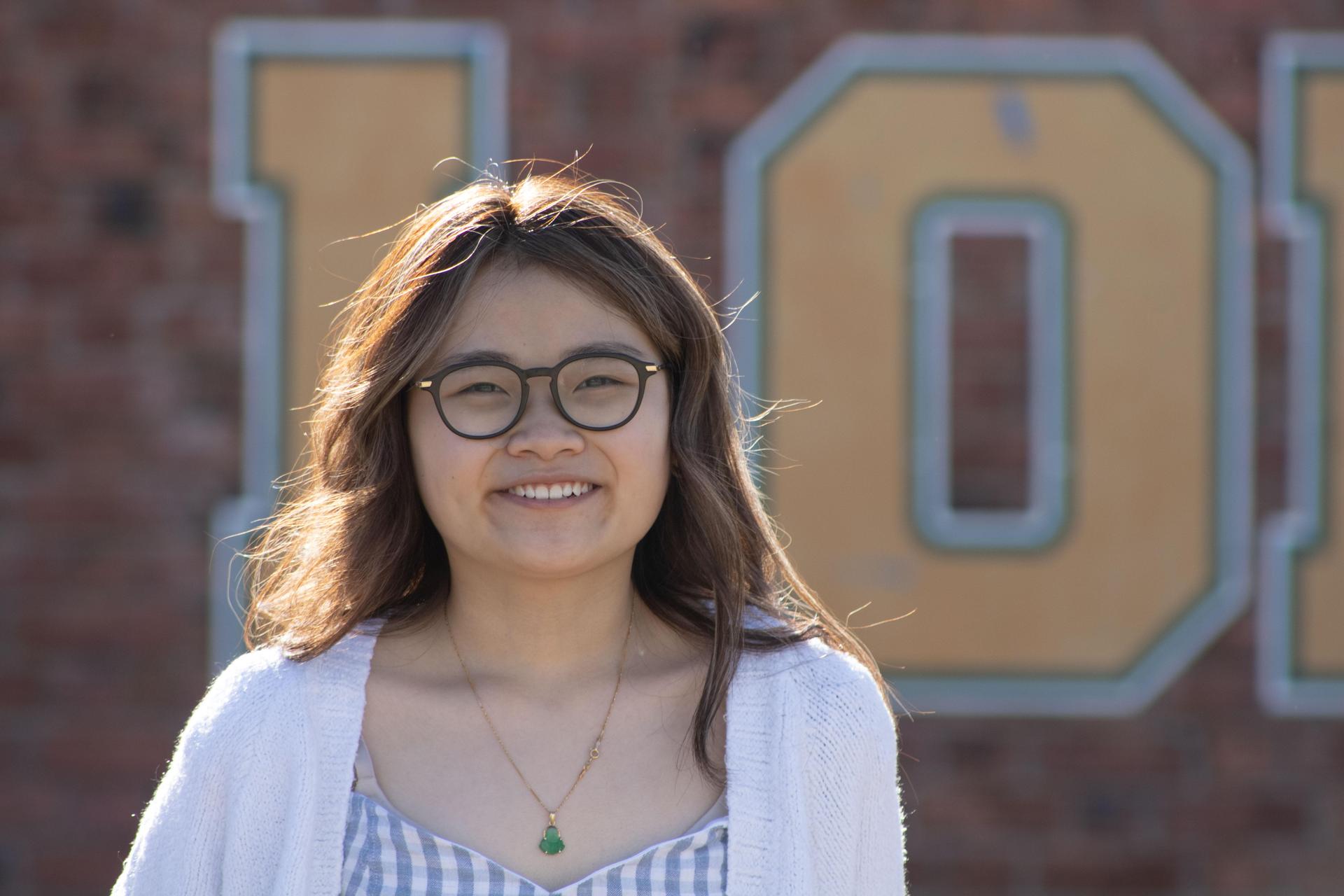 Uyen Nguyen shared that the best advice she would give other students was to “work hard, and never give up when you have an obstacle, just try to go over it again and you’ll be successful.” She shared she followed her own advice at Leigh when she had a hard time in chemistry. Whenever she didn’t understand content in a lecture, she spoke with her teacher and was able to get afterschool support.


Uyen takes a liking to science, over the course of her time at Leigh taking Advanced Placement courses in Calculus, Chemistry, and Physics. All this while navigating her part-time job at TJ Maxx.

Uyen plans to attend DeAnza Community College and transfer to a 4-year university to study BioChemistry. 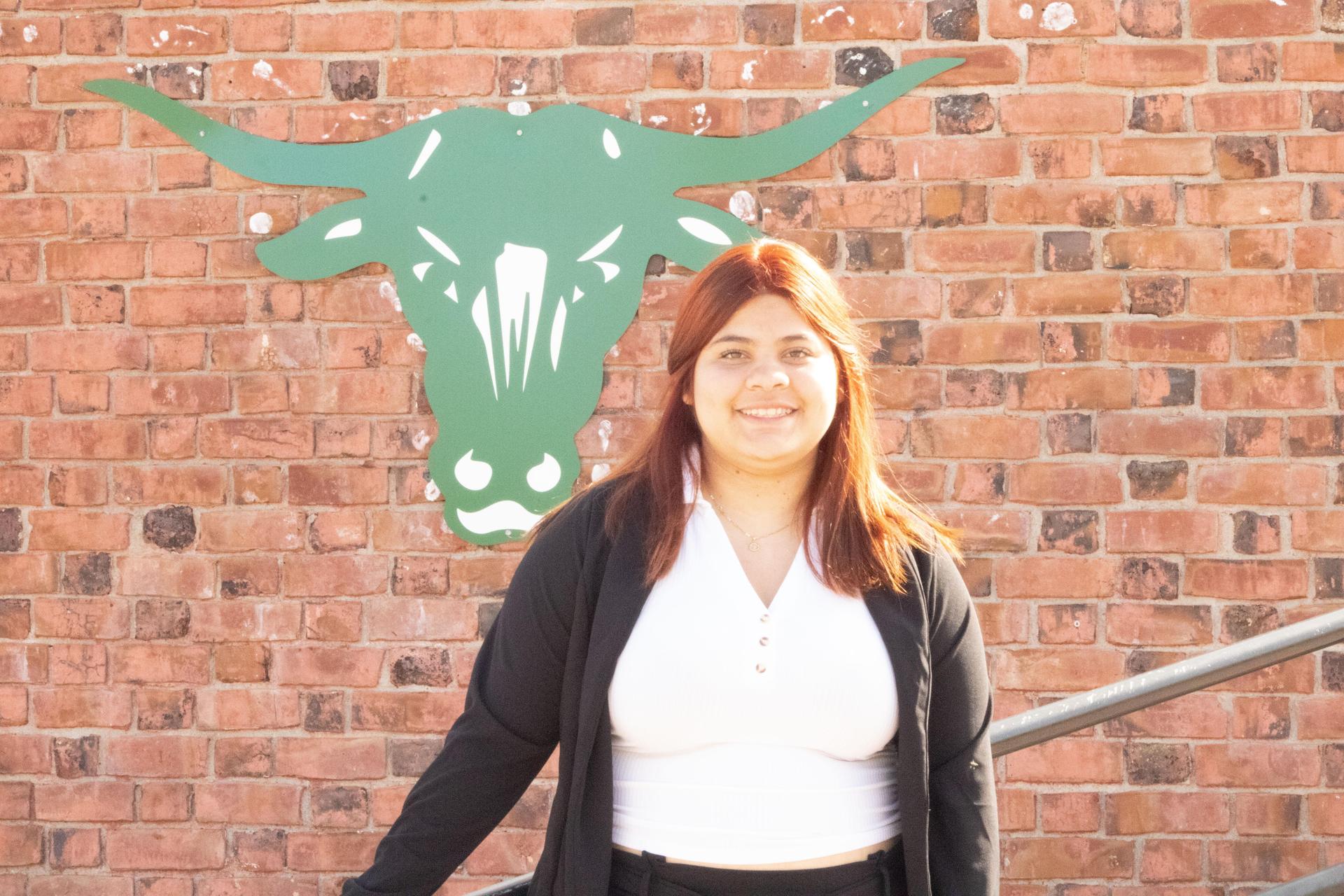 Catherine Aleman shared that she started at Leigh in 9th grade afraid of entering a new environment without her friends and family. She was especially concerned because she had not mastered English. After being born in San Jose, CA, her family moved and she was placed in the care of her family in Mexico only to return to San Jose right before she began high school.


She credited the support she received from her English classes, School Counselors, and from Leigh’s Community Liaison for providing a space for her to succeed. With their support she became President of the Black and Brown Youth Society at Leigh and joined Photography Club - she would have joined more but club virtual meetings during COVID were hard to keep up with. In her time at Leigh she also reclassified to English proficient and earned the Jamie Stanley Memorial Scholarship and Rotary Scholarship Award. Catherine shared “In 9th grade, all I wanted to do was learn English. I did that at Leigh.”


She was able to accomplish this while holding down two jobs at TJ Maxx and HomeGoods to visit her family in Mexico.


With guidance from her counselor, Catherine attended DeAnza Community College to fulfill additional requirements in her senior year and will be attending San Jose State University to study Linguistics and Psychology. She aspires to attend UCLA Law School and become an immigration attorney. 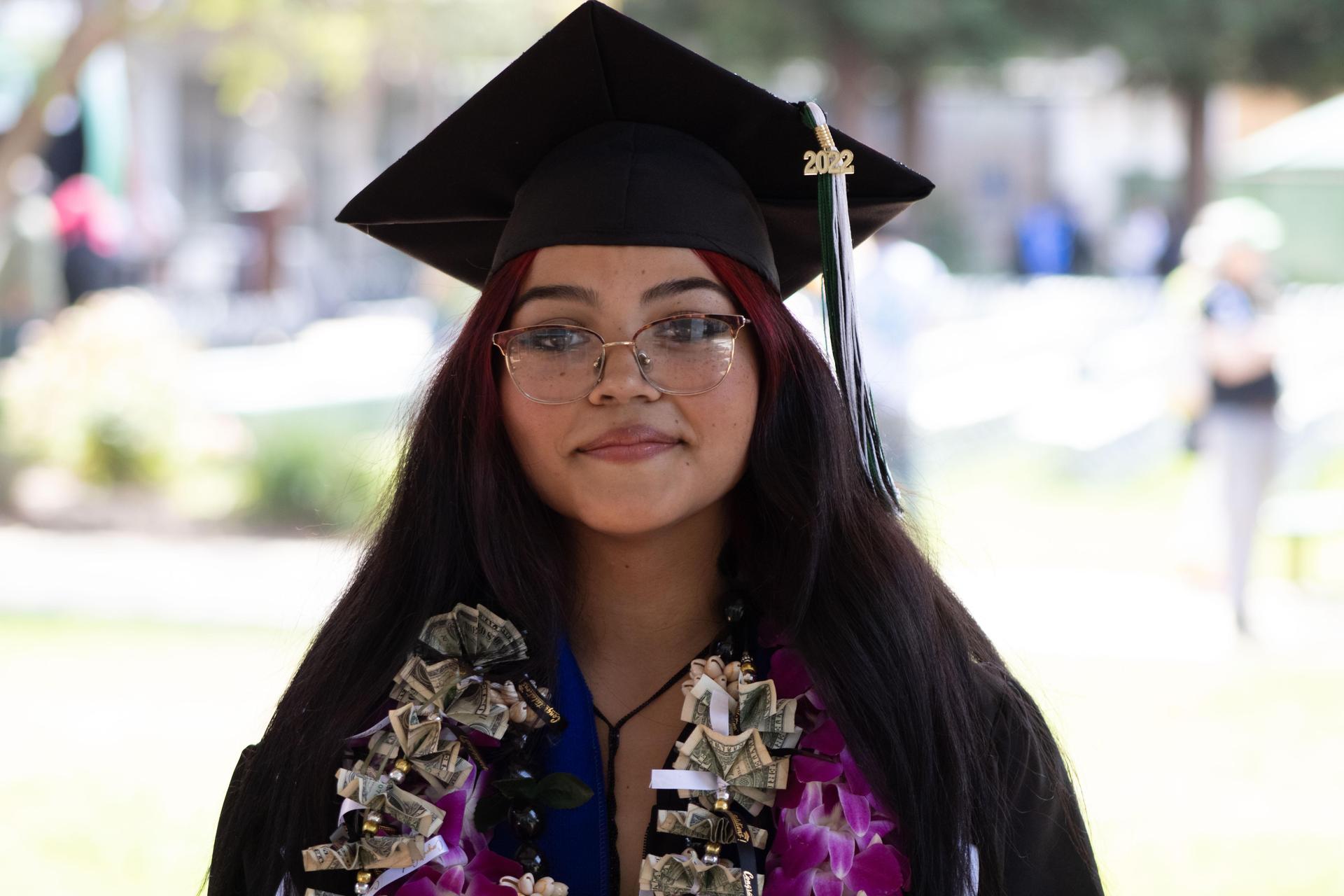 Gingerlee began at Boynton High School after transitioning from Del Mar High School. Her work throughout Boynton spoke volumes and she earned the Boynton Buccaneer Award that is awarded to the graduating student that most exemplifies the qualities of the students Boynton aims to create.


Gingerlee isn’t sure what her next steps are and looks forward to planning them but she shared she has an interest in fashion. 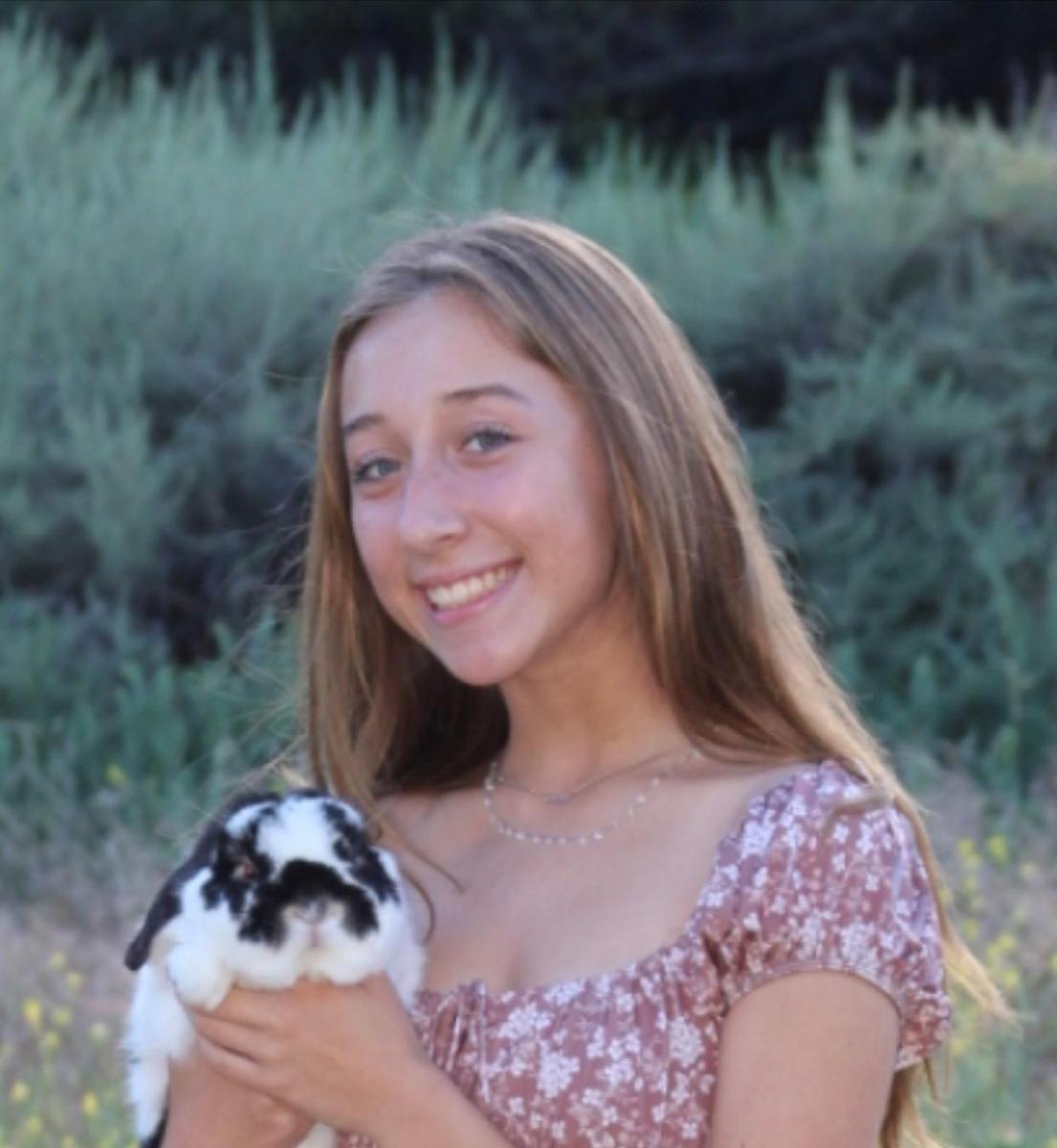 Valerie Saenz entered high school four years ago as someone Westmont Principal Miller described has grown to be an exemplary student that is resilient, has high expectations, and pushes outside of her comfort zone.


Valerie joined Westmont’s Therapeutic Module (TM) which helped her excel through her courses. She joined Westmont’s program Future Farmers of America (FFA) where she learned about agriculture and cared for animals - a destresser to classes, participated in the El Sereno 4-H as Secretary, and was part of the Softball Team. Her exposure to caring for farm animals in FFA has been critical for her deciding her next steps.


Valerie will be attending West Valley College and aspires to be a veterinarian for large farm animals.